Nowadays, wine lovers pay more and more attention to the terroir. Luckily, the ideal climate conditions and geological state of the ground in the Rheingau provide the perfect conditions for a great growth of the grapevines. In the altitudes and steep sites, a high amount of quartzite, slate, pebbles and sandstone can be found in the ground. From these areas, incomparable mineral wines with vibrant acidity and a variety of fruity flavours result.

In lower locations the ground is deep and heavy, consisting of clay and loess. This creates full-bodied wines with a tempting certain kind of glaze and an intense long-lasting taste.

Our wine-growing areas hold different kinds of vines: 85% Riesling, 12% Spätburgunder and 3% Weißburgunder. In the growing location of “Johannisberger Hölle“ mineral Riesling is being grown on old quartzite soil.

The Spätlesen - the late harvest wines - growing in “Johannisberg Vogelsang“ are characterized by the flavour of passion fruit and pear. Due to a rather slow fermentation, Riesling and Weißburgunder are developed into a fruity, harmonic, effervescent and elegant taste.

As we select the grapes carefully during harvesting, we can produce a mature Spätburgunder, which ripens in a wooden barrel and therefore develops a full-bodied taste.

Looking for new paths, Michael Trenz travelled and ended up in South Africa…

Michael Trenz and Victor Sperling have known each other for many years. They worked together at the winery of the state of Hessia, the Hessische Staatsweingüter, in the Rheingau. Even though their apprenticeships ended, their great friendship lasted.

Michael visited South Africa, the home of his friend. Since the fifties, Victor’s family has lead one of the most renowned wineries in South Africa, the Delheim winery located at the the foot of the Simons mountain. While enjoying some Braai, a South African barbecue, and some red wine an idea came up: creating a wine together.

Many ideas turn into dust after a while, but not this one. Michael Trenz leased two hectare of vineyard growing Shiraz, Merlot, Cabernet Sauvignon and Petit Verdot from his friend Victor Sperling.

Since then, Michael and Victor have been producing Trenz2two together, a full-bodied spicy cuvée of red barrique wine.

The entire production takes place in South Africa. The first vintage was pressed in 2002. Since then, the name Trenz2two has not only been representing a friendship, but also an expressive and nourishing red wine cuvée; a red wine, just as unique as the country and its people.

Cheers to the friendship!

Thanks to the friendship with the Portuguese winemaker Oscar Quevedo, you can try classically manufactured and therefore authentic port wine from the famous Douro valley close to Porto in our winery. This Tawny Port had matured in a grand barrel for two years. Afterwards, it continued maturing for another 10 years in 550l wooden barrels, until Michael Trenz brought the first two barrels from Portugal to Rheingau in September 2012. The resonance was great, so he continued bringing port wine to Germany. 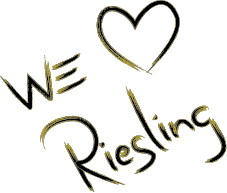